In a memo from Director Russel Vought of the White House Office of Management and Budget (OMB), President Trump calls for a change to recent “divisive” diversity trainings in federal agencies. Executive Branch employees are cited as having attended required “anti-American propaganda” training sessions that claimed all white people both contribute to and benefit from racism and that the idea of the American dream is inherently racist.

While the agencies receiving these trainings are unnamed, the memo directs them to identify any contracts or spending relating to training on “’critical race theory,’ ‘white privilege,’ or any other training or propaganda effort that teaches or suggests either (1) that the United States is an inherently racist or evil country or (2) that any race or ethnicity is inherently racist or evil.” It also recommends the agencies inquire about their legal avenues to cancel all such contracts and reduce spending to these training sessions as they wait for further guidance from Trump.

The memo closes in support of the president’s decision and cites his track record of standing for marginalized voices as well as his intention to continue supporting all Americans. Vought ends by criticizing the critical race theory movement, a sentiment echoed by a user on Twitter warning of its threat to western civilization to which Trump replied, “Not any more!”

The reports mentioned within the memo and the motivation for the letter itself are unclear. However, the news comes during a national conversation about race as protests over police brutality and systemic racism continue throughout America. Trump and his administration are said to be “fully committed to the fair and equal treatment of all individuals in the United States” despite an NPR/PBS NewsHour/Marist poll at the height of protests this summer finding that two-thirds of Americans believed the president has made race relations worse.

Trump’s track record toward marginalized lives is not one of support, but blatant racism and direct harm. Black Americans are being disproportionately killed by police and even hunted down by white vigilantes with ties to law enforcement yet he has decided instead to take action against trainings that aim to call out this exact problem of white privilege in the U.S. and the danger of simply existing in a Black body.

Trump’s “great” America is one that upholds the beliefs he and Vought consider fundamental to our country’s inception, beliefs threatened by critical race theory. Addressing the nation’s bloody and ever-present history of white supremacy and colonialism is a necessary step in dismantling systemic racism, especially within our federal government, and starts with the conversations Trump is working quickly to quiet. His defunding of these training sessions, paired with his rampant support for law enforcement amidst police brutality protests, proves his interest in preserving cycles of white supremacy and violence against people of color.

In a press conference following the police brutality protests in Kenosha, Wisconsin, Trump called the scene an “interesting situation” in response to a question asking if he planned to condemn Kyle Rittenhouse, a 17-year-old who fatally shot two unarmed protestors and injured a third. He implied Rittenhouse acted in self-defense while trying to get away from protestors who “violently attacked him” and likely would have been killed. However, he failed to mention Rittenhouse was suspected to have already murdered one of the protestors immediately before the scene described. His answer concluded in support of law enforcement and his respect for them, despite the gunman being self-appointed security and an aspiring officer himself, only one year away from having a badge, weapon, and immunity to kill.

This attitude toward the unarmed victims murdered by Rittenhouse mirrors Trump’s warnings about Black Lives Matter (BLM) protestors being “thugs” and “very bad people” prior to his Juneteenth Oklahoma campaign rally, despite Tulsa police reporting peaceful encounters with demonstrators. In contrast, Trump encouraged angry mobs of armed white citizens storming state capitals to protest Coronavirus shutdowns to “liberate” themselves while telling Democratic leaders in such states to work with the protestors and “make a deal.”

This apparent support of vigilante militias is emphasized by moments such as Rittenhouse walking freely past police with murder weapon in hand while Black teenagers of the same age such as Trayvon Martin are killed in cold blood for “walking around.” As Trump and law enforcement officials continue to allow this, militia groups’ feelings that their actions are justified will grow, such as the murder of Ahmaud Arbery in February where a delay in action against the gunmen sparked rumors of potential obstruction of justice by local police. The case gained national attention only after videos exploiting the graphic violence of his death went viral, inciting a public demand for justice.

In a 2019 interview with the Guardian, former FBI agent Michael German warns of this lack of response to the threat of right-wing domestic terrorism. “The most violent elements within these far-right militant groups believe that their conduct is sanctioned by the government. And therefore, they’re much more willing to come out and engage in acts of violence against protesters.” German also recently reported on the links between white supremacy groups and law enforcement officials and the lack of interest in protecting the communities they patrol, despite the FBI’s acknowledgement of such ties.

These glaring disparities between the treatment of armed white militia groups and peaceful Black protestors by the Trump administration and his supporters prove the OMB memo’s claim of “fair and equal treatment” of all Americans by the president is grossly and irresponsibly false. Trump himself, not the trainings he plans to defund and dismantle, is the divisive force heightening nationwide racial tensions.

His mishandling of the Coronavirus pandemic further illustrates his lack of concern for the lives he governs, especially as more is discovered about the president’s briefings on the virus at the beginning of the year and an absence of earlier preventive action. Whereas other countries are successfully recovering after taking thorough safety measures and providing financial and health support for their citizens, the U.S. has now seen more than 6.5 million cases and counting.

Trump has even gone so far as to shun the global effort to develop a vaccine, interfere with communications regarding the Centers for Disease Control’s (CDC) safety guidelines, and encouraged a “cure” of the anti-malarial drug hydroxychloroquine, a recommendation now linked to an increased risk of death in hospitalized COVID-19 patients. As American businesses have reopened per Trump’s push to keep the economy stable, lack of uniform restrictions and preventive measures across the nation has also led to various super-spreader events. Two viral examples include a Sturgis Rally whose exposed attendees affected at least 12 states and a wedding in Maine resulting in guests’ exposure secondhand killing three people not in attendance.

It is alarming to see pandemic safety measures turn into political debates, but it feels vilely “anti-American” to reach a preventable death toll of more than 194,000 – nearly 64 times the lives lost in 9/11 – while passing the 19th anniversary of the event. Each year politicians utter the words “Never forget,” yet the Trump administration saw New York alone surpass the tragedy’s official death toll in April. It seems as though the death of our own is not what Americans are being instructed to remember, but the vilifying of the “other”, once fueled by xenophobia toward those of Middle Eastern descent and now toward Black, Brown, Asian, and Indigenous Americans.

The seemingly infinite and ever-growing list of Trump’s injustice and violence toward Americans includes delaying pandemic aid to Indigenous tribes and encouraging racist rhetoric against Asian Americans. One especially notable example is the horrific history of family separation at the Mexican border resulting in the separation of thousands of children from their caretakers as well as accusations claiming the detention centers’ adult staff members are sexually assaulting the children.

Trump and the White House are upholding cycles of systemic racism by vilifying critical race theory and removing training sessions confronting the harm of white supremacy in federal government spaces. Trump’s America glorifies patriotism in a way that hypocritically encourages racism and xenophobia against its own people yet punishes those who exercise their First Amendment right to protest injustices against themselves and their communities.

In a year of big-name involvement in protests and strikes, our government has failed miserably to measure up in conversations regarding race. This memo shows the hope for a future of dismantled systemic racism is futile with the current administration and emphasizes the demand to remove Trump & Co. from office. While voting in new candidates allows the opportunity for more progressive bodies in government branches, presidential hopeful Democrat Joe Biden and running mate Kamala Harris are not without criticism, especially considering their respective histories with sexual misconduct and police accountability. Unseating Trump is only the first step of many in the journey to dismantle white supremacy and racism as well as begin to make reparations for Black and Indigenous people of color in America.

With Trump’s attack on the U.S. Postal Service threatening advance and mail-in ballots in this year’s upcoming election, it is crucial to have a voting plan ready. Verify voting registration, locate polling locations, plan an advance vote, and more here. 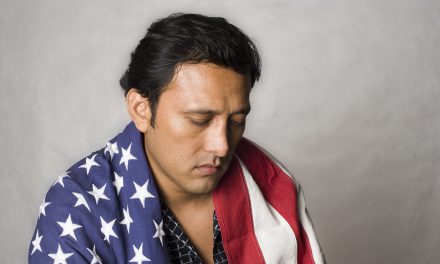 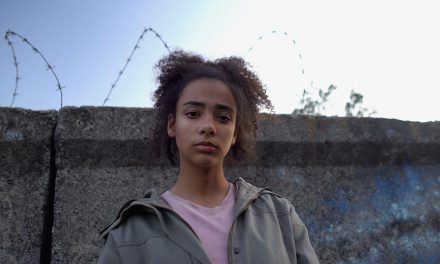 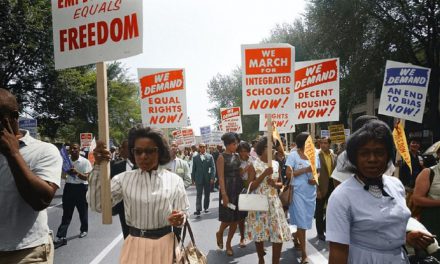 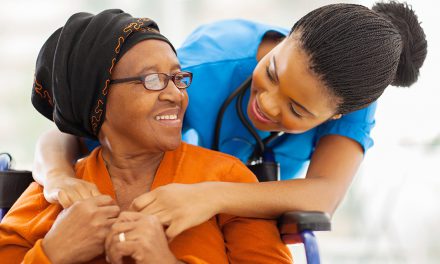