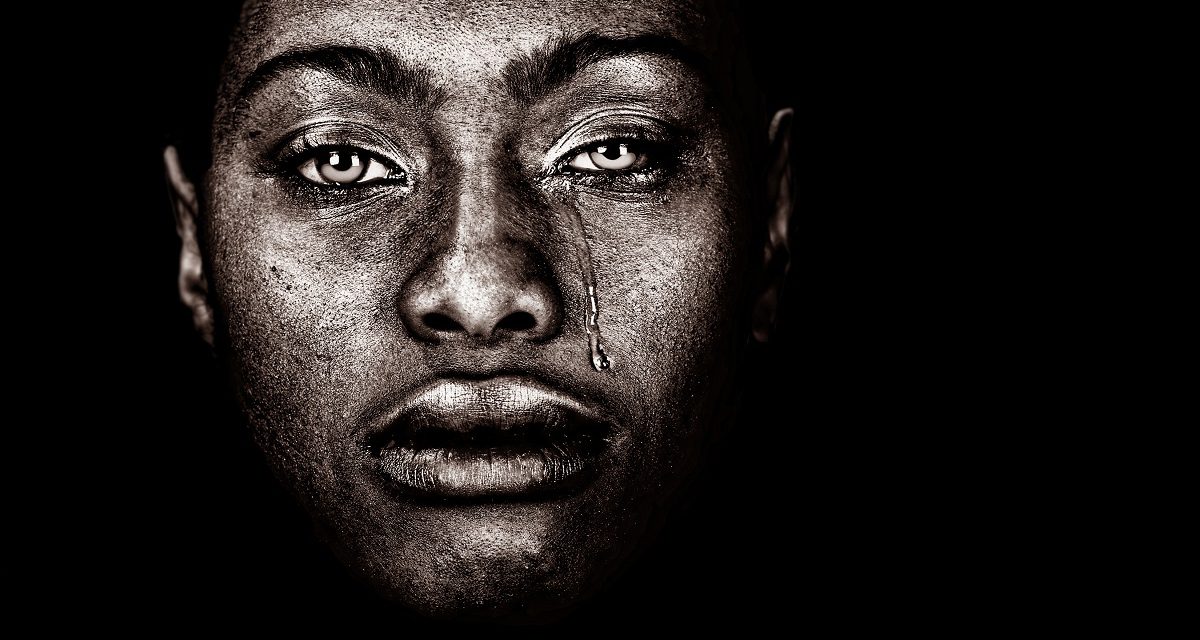 In a recent installment of a webinar series titled “Racial Equity and Mental Health,” panelists examined the importance of providers contextualizing medical racism when helping patients of color. “The Big Picture: The History of Mental Health and Race” explored the history of race and epidemics in the U.S. and a timeline of global health care advancements. Together they painted a broader picture: There is a well-documented history of providers aligning themselves with the oppressive side of systemic racism. Racial equity in health care is not achievable without first acknowledging this history and actively working to provide a safe, comfortable, and trusting experience for patients of color.

Race and Epidemics in the U.S.

Throughout the COVID-19 pandemic and national vaccination efforts, examples of racism in medical history were brought to light as reasons for caution. Black Americans hesitant to receive a vaccine pointed to the Tuskegee experiments as one example of many to be wary of trusting providers. While the intention to achieve herd immunity is positive, some vaccine campaigns may have alienated Black people by failing to recognize or validate their concerns. Lacking the historical context of racism in health care both weakens patients’ trust in medical professionals and allows for more risk of malpractice.

According to panelist Kirby Randolph, Ph.D., observing and tracking what happened to slaves and newly freed Black Americans throughout health epidemics was not a priority. Because of this, the medical research we have on these health crises lacks countless experiences. Dr. Randolph pointed to the 1792 Yellow Fever epidemic in Philadelphia where Black people were believed to be immune and were therefore excluded from treatment and data collection. Similar mishandling of Black experiences occurred throughout the smallpox and HIV epidemics.

Slavery created the furthest-reaching loss of Black lives. Possessing the want for freedom, considered a mental illness in slaves at the time, was one of many reasons a slave could be killed or sold. “If you had serious mental illness – depression, delusions, mania, hallucinations – and you were property of someone else, that person could dispose of you in any way they see fit,” said Dr. Randolph. Slave owners sometimes chose to disguise disabilities and frailties in slaves to sell them for a profit. Aggressive slaves were sedated with alcohol, morose slaves were given cocaine to look lively or dance, and hair and faces were often painted to look more youthful.

Physicians attended auctions along with slave owners to vouch for the soundness of slaves. “You see how the physicians had the interests of slave owners in mind,” said Dr. Randolph. “Physicians already positioned themselves with the power structure.”

Today, health providers may alienate Black patients by refusing to consistently bring this historical context into their practices, according to Dr. Randolph. “If your mental health center didn’t say anything about Trayvon Martin, Mike Brown, police brutality, or the deaths of people in police custody, but suddenly decided last summer that Black lives do matter, and now are saying ‘trust us, get the vaccine, you’re ignorant if you don’t – we don’t have to go back to Tuskegee,” she said.

“If Black lives did not matter until last year, you can trust that your staff and patients remember that.” Dr. Randolph said openly recognizing and acknowledging patients’ real-world stressors, such as police brutality and racism, as well as their strengths and ambitions, builds trust. “This is 400 years of disparate health outcomes and it’s not going to be fixed immediately, but having these acknowledgments is a good first step.”

History of Medicine and Health Equity

To examine how current social determinants of health and the disparities in care came about, panelist Naiomi Jamal, M.D. developed an accurate global timeline depicting the history of medicine. In her research, the timelines used in scholarly articles or medical school education left out large gaps of time and developments from ancient civilizations. She was taught a mostly European and American timeline, despite ancient public health theories and practices still being used today.

According to Dr. Jamal, leaving various cultures out of the health timeline skews the contextual history critical to health equity. For centuries, global collaboration and communication existed to advance public health. The Renaissance era was a golden age for Islamic universities, which were often more affordable than European medical schools and thus allowed information to spread and continue advancing. However, colonialism and slavery halted this progress by stifling and punishing revolutionary thinking in Black and Brown people and indigenous populations. “They were no longer part of the conversation,” said Dr. Jamal.

While Europe and North America are credited with many of these efforts and looked to as leaders in health, underdeveloped countries and civilizations have made innovations and progress despite having fewer resources. “The entire concept of health equity and social determinants of health is not new,” Dr. Jamal said. Public health and whole-community approaches to care are a staple of many global health philosophies throughout time. Providers during Chinese dynasties sought to treat the root of the problem in the community rather than treat the symptoms of the individual person. This approach recognized that many determinants of health are intertwined, and if one person is affected, there may be a larger problem that puts more people’s health at stake.

Failing to include these public health philosophies in the history of medicine separates the context of social determinants of health from the individual’s health. When a health ailment is separated from its social, historical, and environmental context, it can be seen as a personal failure of the patient. This oft-unintentional bias is exacerbated by other social and racial biases and, when combined, can lead to inequitable treatment. “If we’re teaching an inaccurate depiction of the history of health and medicine to our new generations of medical students, what role does that play when talking to patients about their medical concerns not being addressed?” said Dr. Jamal. According to her, it’s critical for providers to be educated on biases and continuously aim toward achieving whole-community care.

Biases aren’t a personal failure but do need to be addressed, as they affect the quality of health care services and treatments provided to patients. According to Dr. Jamal, even so-called positive stereotypes can lead to inequitable care. For example, the belief that Black people have an extremely high pain tolerance frequently results in them being denied painkillers, even following childbirth. Dr. Jamal said to also consider the mental impact on someone constantly being addressed by their stereotypes rather than their personhood: “Are you contributing to that or combating that?”

Similar to the physical health examples provided by Dr. Randolph, mental health research is mostly focused on the experiences of white people. Solely prioritizing these completely leaves out the impact of racism on mental health. Racism is a form of trauma experienced daily in micro and macro forms, exists from birth to death, spans familial generations, and compounds over time. It can impact emotional, mental, and physical health, and can cause struggles with identity and self-worth. Trauma-informed care isn’t truly achievable for Black and Indigenous people of color, Asian Americans, and Pacific Islanders if the care provided doesn’t even acknowledge racial trauma, let alone combat it.

Clinicians and patients each come into a clinical space with their own prior experiences and biases. If those biases aren’t immediately recognized and addressed, misunderstandings or feelings of disrespect can lead to patients further mistrusting providers and providers doubling down on their beliefs. Dr. Jamal said trauma-informed care requires cultural competence, the ability to not only accept a patient’s cultural differences but provide care responsive to their specific cultural and linguistic needs. “We need to move away from the idea that we’re the ones who have done all the work, so patients need to work with us and meet us halfway – no, we need to meet them where they are.”

To ensure mental health is being addressed in a way that’s culturally informed and equitable, the panelists recommended bringing diversity into facilities and getting education out to communities. Patients should have providers that not only look like them or can relate to them, but also are from the same communities and can understand their intertwined health and social concerns.

Because many disparities are bred from stigma and misunderstandings, it is providers’ responsibility to educate their communities about mental health and normalize it. The panelists recommended facilitating “Ask a Provider” community discussions hosted in spaces such as churches or local Y facilities. Providers can address misconceptions and concerns about mental health, provide educational information and resources, offer support and validation, and identify barriers preventing people from seeking or receiving quality care.

Providers especially need to educate themselves and their teams on implicit biases, the historical context of racism in medicine, and how these combine to create health disparities. Providers at every level should prioritize bringing that awareness into every patient interaction.

Learn more and watch the webinar. 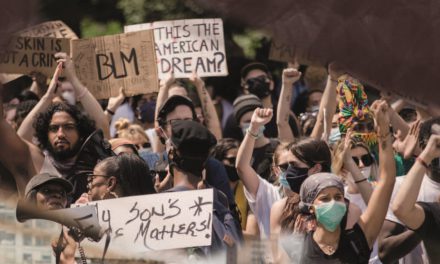 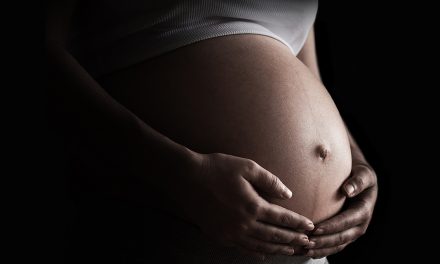 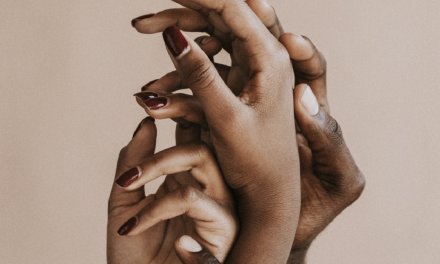