Labor Trafficking Preys on the Undocumented 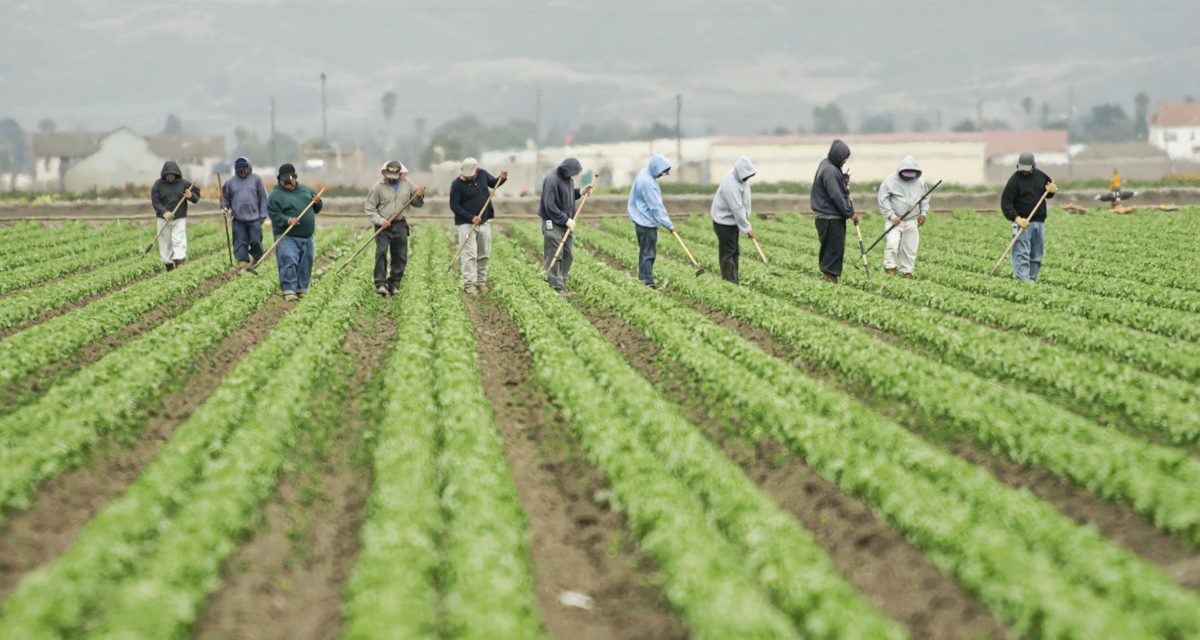 A webinar hosted by Missouri University Labor and Workforce Development explored the nuances of labor trafficking and identified indicators of possible trafficking. “A Real and Present Danger: Labor Trafficking in the Midwest” featured speaker Renan Salgado, human trafficking director at the Worker Justice Center of New York. “It is ridiculous to engage in the fight against labor trafficking without understanding labor, industry by industry,” Salgado said. Salgado discussed how the structures of multiple industries such as agriculture and construction create fertile ground for worker exploitation.

Trafficking, unlike exploitation, involves an element of force, fraud, or coercion as means of keeping victims under control. While force, such as physical violence, sexual assault, and confinement, is more prevalent in sex trafficking, more subtle coercion is present in labor trafficking. Employment, housing, residency and identity documents, and other rewards are often promised in exchange for labor. “A lot of what we see in labor trafficking is fraudulent residency documents being given to workers in order to make them work for free or extremely low pay,” said Salgado.

Bonded labor, or labor demanded as means of repayment, is one of the least known forms of labor trafficking, yet one of the most widely used methods. Salgado provided the example of an unemployed Mexican immigrant seeking employment in the U.S. “Because of their undocumented status, everything they do costs money,” said Salgado. “You can arrive with a $10-15,000 debt that never goes away because it’s being deducted from your paycheck on a weekly basis. To be able to feed yourself or send money back home – the main reason many do this in the first place – you have to borrow more money. You’re in perpetual debt.”

According to Salgado, immigrants incur debt along every step of their journey, even beyond what they owe smugglers for their assistance in reaching and crossing U.S. borders. Once in the states, migrant workers are often kept in small homes packed with others, accruing rent until recruited for work elsewhere. In Salgado’s experience, some arrived at their places of employment with broken bones from being packed tightly into cramped vans. Traffickers use their undocumented status as a means of control, requiring payment for everything. Trips to the grocery store, laundromat, and even hospital are all assigned fees deducted from what little pay the victim receives, or are added to their growing debt.

Though trafficking does occur between borders, it does not require movement across or within borders. “The word trafficking sometimes implies a vehicle or movement, but people have been trafficked in their own neighborhoods and homes,” said Salgado. Forced labor threatens victims with violence against themselves or loved ones, among other forms of punishment. “In a lot of labor trafficking cases, the trafficker is someone from the same region, city, or town as the victim. What that creates is they know everything about their victims – where their children go to school, where their parents live, etc. The fear of threat or harm to a family member is increased a lot.”

Child labor requires less of a burden of proof than for adults, as it is anything deemed likely to be hazardous to the health and development of children. This includes labor that negatively affects physical, mental, spiritual, moral, and social development of children or interferes with their education. According to the International Labor Organization (ILO), 246 million exploited children between ages 5 and 17 are involved in debt bondage, forced recruitment for armed conflict, prostitution, pornography, and illegal drug and arms trade, among other illicit activities globally.

Nuances and Indicators of Labor Trafficking

“Not many people know what labor is,” Salgado continued. “They think it’s a synonym for work but it’s much more: deductions from your paycheck, your wages, the number of hours, the conditions, etc. – all of that is labor.” Though the line between labor exploitation and trafficking is thin, it’s clear: the presence or absence of freedom and control. Other factors which can indicate labor trafficking include:

Misunderstandings surrounding the nuances of trafficking can prevent cases from being identified and handled as such. One of Salgado’s earlier cases occurred when human trafficking knowledge and policies were new and not yet widely understood. Although his case depicted signs of labor trafficking, it was not identified that way and failed to gain traction. In this case, agricultural workers in the U.S. on visas were kept in Peru by threat from the armed military, who had connections to their employer. Though they were not physically restrained, staying due to fear caused by threat of violence displayed forced labor.

Workers may also receive pay; the labor does not have to be unpaid to be considered trafficking. According to Salgado, the vast majority of labor trafficking victims, especially in labor unions in the Midwest, are undocumented immigrants working for small wages. “In a lot of our debt bondage cases, victims are being paid, sometimes even minimum wage,” said Salgado. “But that pay goes straight to the trafficker at the end of the week to pay that debt. It’s a debt that in many cases will never be paid.” The debt incurred for an immigrant traveling from Mexico to New York is on average about $10-15,000 while the debt for immigrants from China is on average about $65,000.

One of the biggest indicators of labor trafficking is a lack of access to identity documents, especially if they are in the possession of someone else. Salgado provided the example of someone being stopped for a traffic violation – if someone other than the driver presents the identity documents for the driver and anyone else in the car, this is a huge red flag. Traffickers often hold onto their victims’ documents to prevent them from being able to escape.

Having a person accompanying them, in general, is a potential indicator. This is especially true if someone comes accompanied to the ER with rehearsed answers. If a patient sounds like they’ve been coached on what to say or is hesitant to speak to law enforcement or health providers, this is a possible sign of trafficking or abuse. Any indications of high levels of control or security over the person’s freedom may expose force, coercion, or fraud.

According to Salgado, the four main industries for labor trafficking are agriculture, construction, domestic servitude, and state fairs. Data from the 2015 U.S. Census data shows foreign-born workers make up 16.5 percent of the working age population. However, they make up a much larger portion of certain labor-intensive fields. From 2008 to 2012, immigrants made up 72.9 percent of field and crop workers. Immigrants make up more than half the labor force in the industries listed below, numbers Salgado said have likely grown exponentially since. The top ten occupations with the highest share of immigrant workers include:

Domestic servitude and state fairs prey on individuals easy to exploit. Mothers in housekeeping jobs are paid next to nothing for substandard conditions and runaway youth with criminal backgrounds are blackmailed into free state fair labor.

Industries such as construction operate on a bidding system, allowing certain checks and balances to fall through the cracks. When a job is needed, different companies bid and the construction company that outbids the rest wins the contract – no questions asked. Salgado raised the question, if the bid barely covers the cost of materials, will workers receive a fair wage? This is where the ability to identify nuances of labor trafficking plays a critical role.

In a study conducted by the National Institute of Justice on the Department of Justice, it was found that police and prosecutors were commonly unfamiliar with labor laws. They also lacked the ability to identify instances of labor trafficking in various settings.

“The people coming across labor trafficking cases are often coming at it from a general perspective,” Salgado said. “If you don’t know the nuances from industry to industry – how recruitment happens, transportation, housing, payment, breaks, etc. – if you don’t know that or the labor laws, you won’t be able to identify labor trafficking. You won’t be able to access the workers and identify their issues.”

“If you work in the labor unions, a lot of the industries you represent, the labor force is made up of immigrant workers,” said Salgado. “Your contribution to the fight against labor trafficking is key.” Watch the recorded presentation to learn more.

The Missouri Coalition Against Domestic and Sexual Violence (MCADSV) helps victims of all forms of human trafficking in Missouri. The organization’s collaborative partnerships include trafficking survivors, service providers, faith-based groups, legislators, the Supreme Court, and Attorney General of Missouri. Learn more about MCADSV and see all services and resources provided at https://www.mocadsv.org/Human-Trafficking/. Immigrant and refugee resources and multi-language materials for providers are also available. 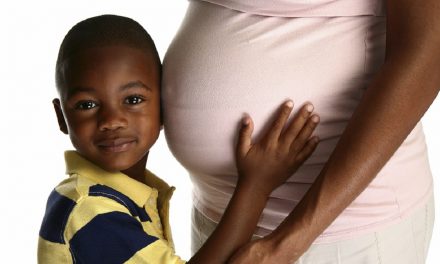 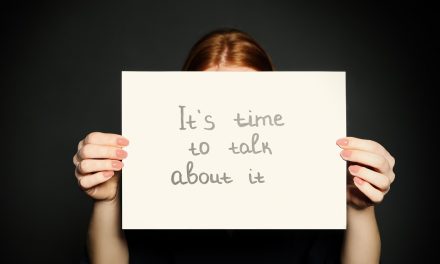 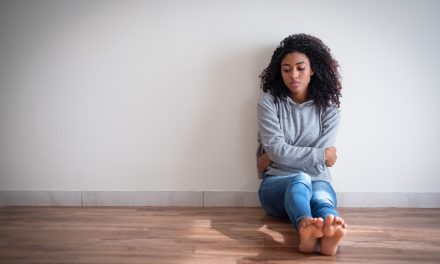 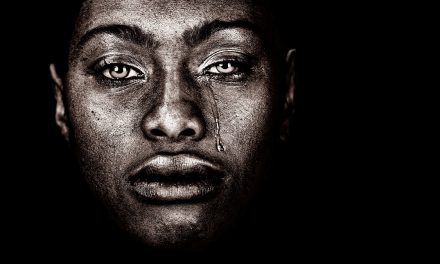