Alcohol Worsens Impact of HIV, Substance Use Screening is First Line of Defense 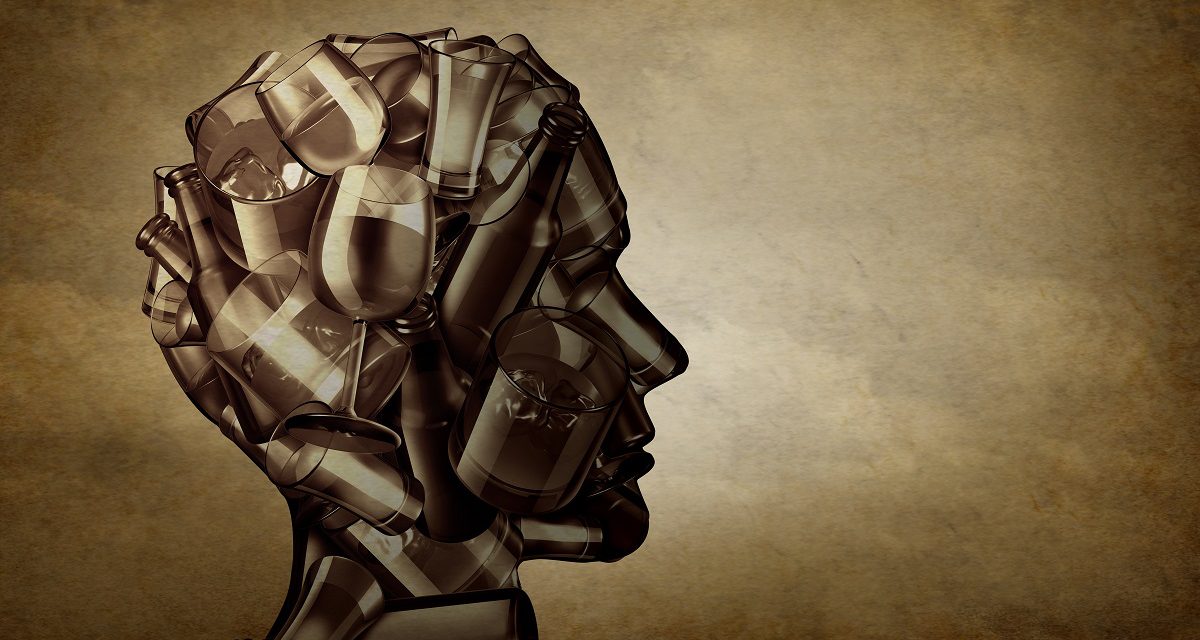 “The Intersection of Substance Use, HIV, and HCV: What Providers Need to Know” is the first webinar in a three-part series hosted by the Health Resources and Services Administration (HRSA) Office of Quality Improvement. Presenter Andrew Kurtz, LMFT, is a clinical specialist with UCLA’s integrated substance abuse programs. During the presentation, Kurtz explored behavioral and health factors, such as prolonged alcohol consumption and its comorbidities, that can worsen the impact of HIV.

The presentation focused not on the treatment for these conditions, but on screening and engagement recommendations to help providers effectively communicate with patients. Excessive alcohol consumption is a risk factor due to its physical and behavioral complications. Citing data from multiple studies, Kurtz urged providers to consider patients’ drinking habits as it relates to overall health, especially for individuals who are at risk of contracting or are currently diagnosed with HIV.

To understand the behavioral role alcohol plays, Kurtz broke down the process that occurs in the brain during alcohol use. There are four neurotransmitters involved in this process, which work in pairs. Endogenous opioids, which deaden pain and cause euphoria, partner with dopamine, which makes an individual happy. When an individual consumes alcohol, endogenous opioids are released into the pleasure centers of the brain. In response to this increased activity, dopamine is released. The dopamine makes the drinker feel good, reinforcing the behavior at a neurochemical level while increasing the likelihood it will recur.

“The thought process is, this thing made me feel good so I’m going to do it over and over again, and this feeling will be replicated or compounded,” Kurtz said. “That works for a period of time, but as we know with the substances we’re talking about, that doesn’t last forever.” Dopamine is present in many other substances used recreationally including cannabis and some prescription medicines, playing a similar role. “Dopamine is highly implicated in a lot of the mechanisms in those substances that perpetuate or reinforce the use of those substances,” he said.

Two other neurotransmitters, glutamate and Gamma-Aminobutyric Acid (GABA), also have complementary roles: glutamate speeds an individual up while GABA slows them down. When alcohol is consumed, GABA increases, slowing brain activity, leading to impaired motor coordination, cognition, and sensory areas, which affects vision, slurs speech, and slows reaction time. It also increases the likelihood of physical harm by increasing the risk of drunk driving, falling, or a physical altercation.

Over time, the brain reacts to the overabundance of GABA by creating more receptors for glutamate. This increased effect energizes the system, restoring balance in the brain. In the short term, the individual experiences a dulling of pain and a feeling of euphoria. Over time, they replicate that behavior, drinking more and drinking often, in an attempt to keep experiencing that euphoric feeling. However, as GABA and glutamate continue to be overproduced in response to the alcohol consumption, it will begin to take more alcohol to override the balanced system and feel the same level of intoxication, thus building tolerance.

Restoring balance isn’t as simple as changing behavior, however. With increased consumption over time, and the subsequent neurochemical changes in the brain, the body becomes dependent on alcohol. Absence of alcohol can cause painful withdrawals, encouraging individuals to continue a cycle of harmful behaviors. This can lead to developing alcohol use disorder (AUD) and co-occur with depressive orders.

AUD is a chronic, relapsing brain disease characterized by compulsive alcohol use, loss of control over alcohol intake, and a negative emotional state when not using. “Ultimately what we think about, in terms of AUD, is this condition that impacts an individual’s functioning around reward, memory, attention, motivation, and other cognitive-related circuits,” Kurtz said. “We share within that the neurochemical impact of alcohol, but we also recognize that there’s that translational behavioral component we want to focus on in treatment as well.”

Risk factors for developing AUD include not only the amount of alcohol consumption, but the frequency with which it is consumed. While at-risk or heavy drinking is defined as anything exceeding the recommended amounts, hazardous drinking requires a pattern of drinking that can have long-term effects, and harmful drinking definitively results in adverse health outcomes.

“Risk factors are determined by National Institute on Alcohol Abuse and Alcoholism (NIAAA) cutoffs that recognize that above these indicators, you start to have greater likelihood of some of those health-related impacts,” Kurtz said. Risk factors for alcohol are also generally determined by gender. Binge drinking, a pattern of drinking that brings a person’s blood alcohol concentration (BAC) to 0.08 grams percent or above, usually happens to men after consuming five or more drinks or women after four or more drinks (within about two hours).

The recommended amount of alcohol for men is no more than four drinks per day / 14 per week; for women, no more than three drinks per day / seven per week. “I’m not going to use these to hold over anyone’s head as dogma, but I am going to use these to initiate a conversation with the individual about where they start to notice some of the health risks,” Kurtz said. “It’s simply a starting point, it shouldn’t be an absolute for every individual. Always tailor the treatment plan and the ongoing discussion to the individual’s specific needs.”

According to Kurtz, alcohol use is common among people living with HIV, can increase likelihood of high-risk behavior, and can interfere with prevention efforts and treatment for those already infected with HIV. More than 50 percent of people with HIV consume alcohol, and in one study, 27 percent screened positive for unhealthy alcohol use. Alcohol use:

In studies comparing patients with AUD, HIV infection, or both, people with AUD had more changes in the brain structure and abnormalities in brain tissue than those with HIV alone. Patients with both also were likely to have difficulty remembering and experiencing problems with coordination and attention.

Unhealthy alcohol use is also associated with interruptions in all steps of the HIV care continuum, including lower adherence to antiretroviral therapies (ART), which are effective, but only if used as directed. In one study referenced in the webinar, women receiving ART who drank at least moderately were more likely to have higher levels of HIV, making it easier for them to transmit HIV to others. Since the advent of ART, liver disease (often caused by unhealthy alcohol use) has been a major cause of illness and death, as ARTs have toxic effects that are processed in the liver.

The Importance of Screening

Among the 38,739 new HIV diagnoses in the United States in 2017, groups vulnerable to HIV infection were similarly affected by alcohol use. “How do we not only reduce barriers to care among individuals who might be disproportionately affected, but actively outreach to these individuals?” said Kurtz. “Not just to get them into care, but to preventively provide education, support, and resources that might reduce this impact in these communities.”

Kurtz also said diagnosis is critical, which means testing is important. One in seven people with HIV don’t know they have it, and about 60% of U.S. adults have never had an HIV test.

“We’re missing a significant portion of the population – an opportunity not only to diagnose, to identify, but to have a conversation about how to initiate treatment that’s going to be beneficial,” he said. “There are many ways to test, and we have to not only make those ways accessible, but to advertise that in a way that reduces stigma around getting tested. There’s a lot of fear and anxiety about what it might mean to have a diagnosis or positive test come up. There’s a lot of benefit to having that conversation early and, generally speaking, we haven’t been great at that as a healthcare field.”

According to Kurtz, supported by studies presented during the webinar, decreasing alcohol use among patients living with HIV can reduce both medical and psychiatric consequences associated with alcohol use. Because alcohol consumption often co-occurs with other substance use and high-risk behaviors, treating alcohol use can also reduce drug use and HIV transmission. In individuals with both AUD and HIV, alcohol treatment can be considered a primary HIV prevention.

As part of comprehensive HIV care, Kurtz recommends individuals with a SUD and HIV be screened for additional mental health disorders and receive evidence-based pharmacotherapy. Though substance use can affect HIV and ART, people who use alcohol can achieve and maintain viral suppression with ART. Determining an individual’s ART regimen should take into account potential adherence barriers, comorbidities which could impact care, potential drug interactions, and possible adverse health events.

Watch the recorded presentation to learn more, including how the Hepatitis-C virus (HCV) is similarly affected by alcohol use. 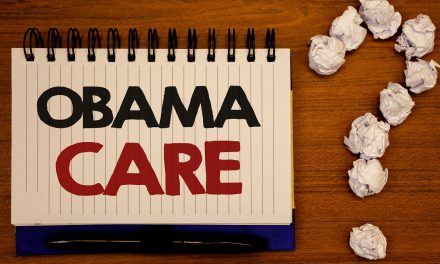 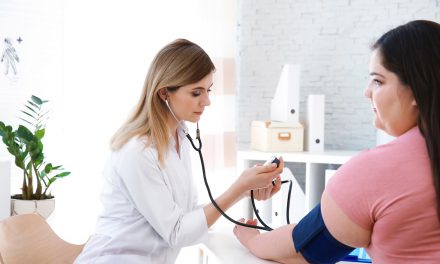 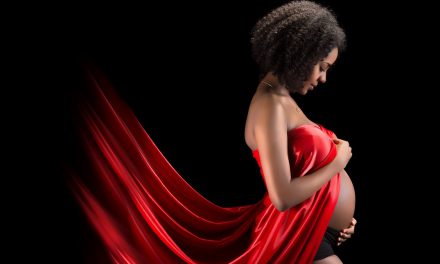 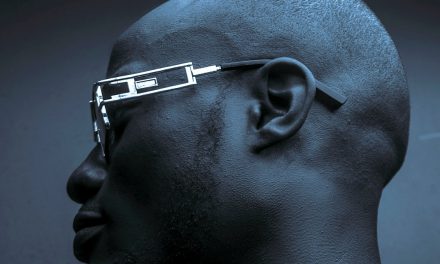