A Resurrection of Hope, Health and Healing After One Rural Hospital Closure 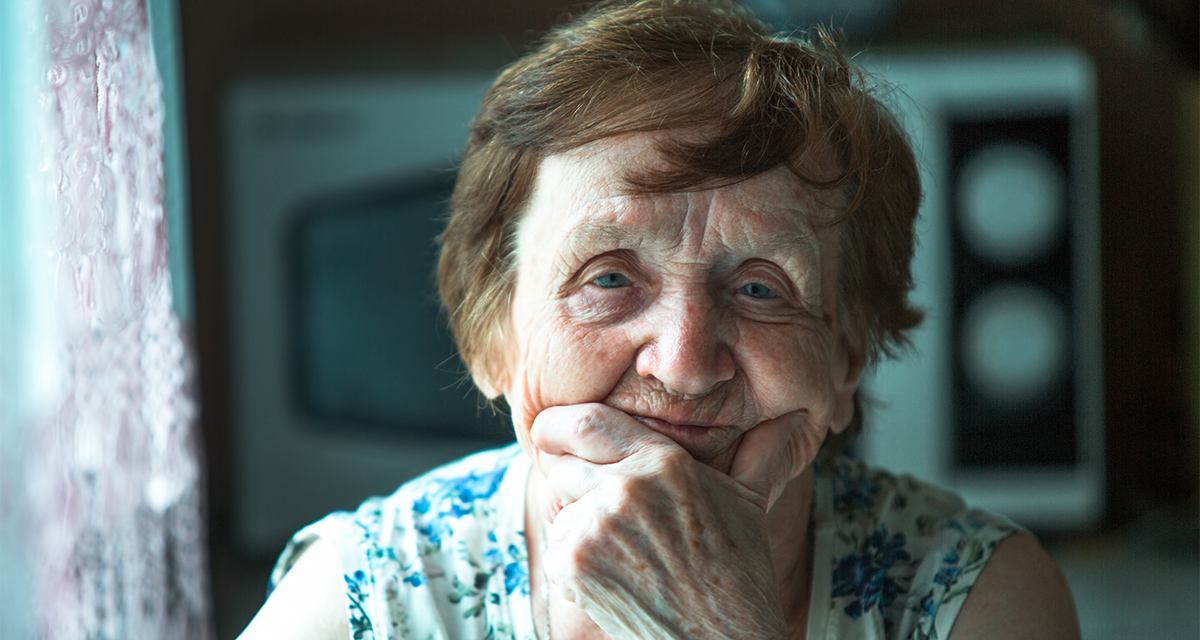 You can hear the rattle in Pat’s chest when she breathes. “Can you hear it?” journalist Sarah Jane Tribble, narrator of the Where it Hurts podcast, asks. “No, I don’t hear it anymore,” Pat said. “It’s been too many years. I have emphysema. That’s what I’m dying from, that’s why I’m losing weight.” Emphysema is a condition in which the lungs’ air sacs are damaged and enlarged, causing breathlessness.

Pat tells Tribble that when she looks at herself, she sees her dad, who also lost a lot of weight and died from a heart attack. She said it’s difficult to eat or do much of anything. “It was a nice cushion knowing that the hospital was here if we needed it.”

Mercy Hospital gave the Fort Scott, Kansas community a sense of place and safety. But it takes more than that to keep the lights on and the doors open. Unmerciful: The Ripple Effects of One Rural Hospital Closure is the first of this two-part accessHealth News series. It covers a portion of the Where it Hurts podcast that chronicles the collateral damage caused by the closing of Mercy Hospital. It also touched on the challenges cancer patients endure to get sometimes simple but necessary treatments when specialty care is no longer accessible close to home. This article follows with stories about some of the people — who live and who have died — after Mercy closed its doors and offers a glimpse of how the community fares now.

The hospital had been in the red for years before it closed in 2018. Tribble, who covered the hospital’s closing and the impact it had on the Fort Scott community, said the number of patients dropped every year. In December of 2018, three weeks before Christmas, there wasn’t a single patient in a hospital bed.

Tribble wanted to know if rural communities were still served well by an “old, traditional model of a hospital that was big in the 1950s?” Or was there a different way to serve the continuum of health needs of rural Americans? And if there’s no hospital, [what] is necessary to create a healthy community that thrives?

As for Pat, she made peace with Mercy’s closing, just as she made peace with her own mortality, and that of her husband Ralph. He was dying of emphysema, too. What she couldn’t square was the fact that she was denied Medicaid because Ralph had worked at a factory for years and made a good pension, albeit not great, but just enough to get by.

For Pat, Ralph, and many others Tribble encountered as she covered Mercy Hospital’s closing, there was a common denominator that each person benefited from – primary care.

When Ralph suffered a heart attack, he needed major dialysis. While Mercy Hospital was open, he got it there. When it closed, he drove 30 minutes out of town for treatment, while he and Pat juggled having only one car, which was all they could afford (yet, still couldn’t qualify for Medicaid).

Roxine ran a downtown bookstore in Fort Scott called Books and Grannies. Pat was one of her volunteers. Roxine was battling cancer but happened to be in remission when she and Tribble met. However, she too ended up driving outside of town for cancer treatments, only to pass away suddenly after the podcast wrapped up. Pat found her on the floor of her house. Books and Grannies shut its doors for good.

“The solution that comes from the stories of Roxine, and Pat, and Ralph is primary care,” Tribble said. “Addiction treatment, mental health services, these kinds of basic needs that health care clinics can provide in a community, and in fact, I was told by experts that these are needs that can be provided less costly by health care clinics than by a hospital. It was more cost effective to provide outpatient care. Mercy just didn’t get reimbursed the same way health clinics did.”

Tribble points out something else that rural America needs. It’s something that a hospital provides that a health clinic can’t.

Robert Finley was a well-known auto mechanic in town, who had taken a hard fall on the ice and later EMS was called to provide care. Ultimately, two air ambulance companies were called but both denied requests to airlift him to St. Luke’s Hospital in Kansas City, Missouri.

Worried about brain swelling, the EMS loaded him into the ambulance and sped to Mercy Hospital where the helipad was. Linda, Robert’s wife, followed. “And so they just loaded him up and took off,” she said. “And when I got there, I go to the emergency room and realize there’s a cardboard sign in front of the door that they’re closed for remodeling. And I’m like, they just brought Robert Finley in here.”

But he wasn’t there because the ER had been closed for several days. Robert was still in the back of the ambulance, outside, at what used to be Mercy Hospital. Linda said he had a tube down his throat while the EMS crew hand-pumped oxygen into his lungs.

“I played the EMS recording over and over and counted up the time,” Tribble said. “For more than 30 minutes, Robert lay unconscious in the back of the ambulance, waiting.”

Robert never woke up. He died at St. Luke’s.

“When I went and listened to the 911 tape… I was shocked by the time lapses, and I was shocked by the denial of care, really,” Tribble said. “The helicopters couldn’t get there. They turned down calls for help. And I think that’s one of the big revelations of the coverage I did, and that is this idea that you can’t depend on air ambulances, necessarily, to come all the time. Because there’s staffing issues, there’s weather issues, and then there’s coordination issues. These are private air ambulance companies that have their own networks in many cases, and they tend to call their own hospitals, which are generally the closest, first. It just brings a whole lot of questions about the logistics in rural America and who’s in charge of emergency care.”

More than 50% of rural counties have no hospital-based obstetrical services, while pregnant and parenting people in rural areas have worse outcomes compared with those living in other areas.

According to the study “Restoring Access to Maternity Care in Rural America,” rural residents have a 9% greater probability of severe maternal morbidity and mortality. Rural hospitals report higher rates of postpartum hemorrhage and blood transfusion during labor and delivery than do urban hospitals. More than 50% of rural women and pregnant people, compared with 7% of urban women and pregnant people, must travel more than 30 minutes to reach the nearest hospital with obstetric services.

Rural women of color face even more pronounced risk. The study reports that American Indian/Native Alaskan and Black women are two to three times more likely to die from pregnancy-related causes than white women. And, in the past decade, rural counties with a higher proportion of non-Hispanic Black women were more likely to lose obstetric services than other rural counties.

Katy Kozhimannil, Ph.D, MPA is a public health researcher who studies maternal health, and directs the University of Minnesota Rural Health Research Center. “When a hospital decides to close its doors or close its maternity ward, the risks that are associated with potential emergencies or medical needs, they don’t go away with the hospital,” she said. “They stay in that community, and they stay with the individuals and families who have to sit around and come up with a plan.”

That’s a lot. Money for gas has to be factored in, or worse, access to a dependable ride, childcare, or anxiety around if there will be enough time to drive the 30 or 40 miles to the hospital before the baby comes.

“The burden is real,” Dr. Kozhimannil said. “It’s palpable for people, and the stress of that is really difficult for families as they are planning for what should be one of the most joyful times in their lives – welcoming a new baby. And they’re busy worrying about the logistics of how you get to the hospital, and if things are going to be okay once you get there.”

The ram in the bush – a community health center

As Mercy Hospital’s closing became inevitable, former CEO Reta Baker was fast at work putting the pieces together to make sure the Fort Scott community wasn’t left high and dry. Relentlessly, she fought to close the health care access gap, and fortunately the Community Health Center of Southeast Kansas eventually answered her call. Emergency services have also been restored. And maternity care is available for pregnant women and people.

“I think there’s going to be a stability that comes,” said Maxwell Self, M.D., who practices in Fort Scott. “I think we’re going to do a better and better job as we have moved in, taking care of the down and out, the uninsured, folks who struggle to get their medicine, their insulin. It’s not a problem anymore. The 340B pharmacy prices are unbeatable. So, I think we’re working on mental health, improving that, we’re working on adding some dental, kind of full-spectrum care, and I think our community is going to get healthier, actually. So yeah, I think it’s a good future.” 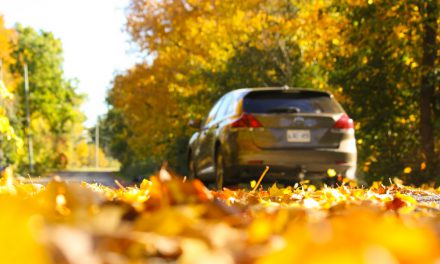 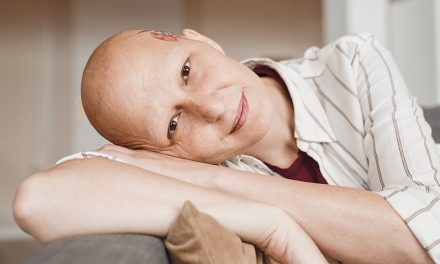 Unmerciful: The Rippling Effects of One Rural Hospital Closure 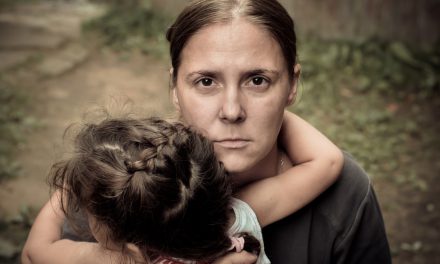 No Easy Answers to Address Generational Poverty in Rural Towns 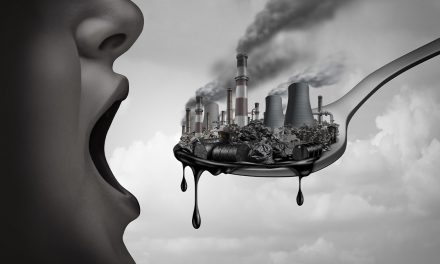